Be the first to know. Sign up for our newsletter. No spam. 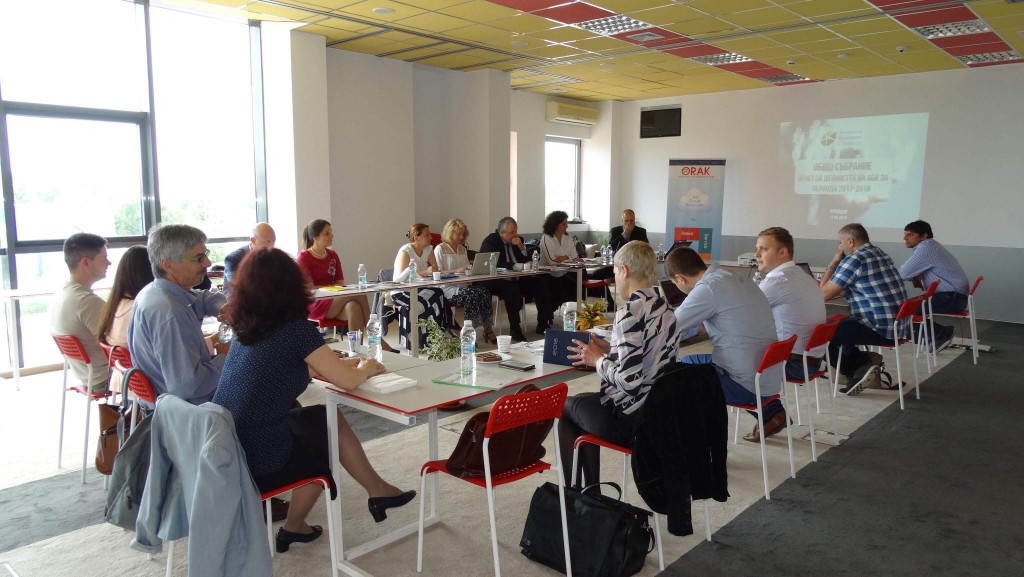 On 11.05.2018 a regular General Assembly (GA) of the Bulgarian Association of Business Clusters (ABC) was held in Plovdiv. Hosts of the event were our colleagues from Cluster Trakia Educational and Qualification Hub, who also submitted their Application for Membership to the ABC immediately before the meeting.

The General Assembly of ABC gathered 8 representatives from the regular members of the organization, 2 associates and 10 other participants and non-voting members, including representatives of ICT Cluster Blagoevgrad and ICT Cluster Burgas. All participants took an active part in the discussions. The meeting passed in a positive tone and great mood, with a number of constructive proposals and comments and with a positive attitude towards the future development of the Association.

In a detailed report, the Executive Director of ABC – Mr. Svetlin Rangelov presented to the GA and its guests the activities of the ABC during the reporting period. He focused on the administrative and organizational activities of the ABC, the events and conferences held, the members of the Association, as well as the participation in European programs and projects.